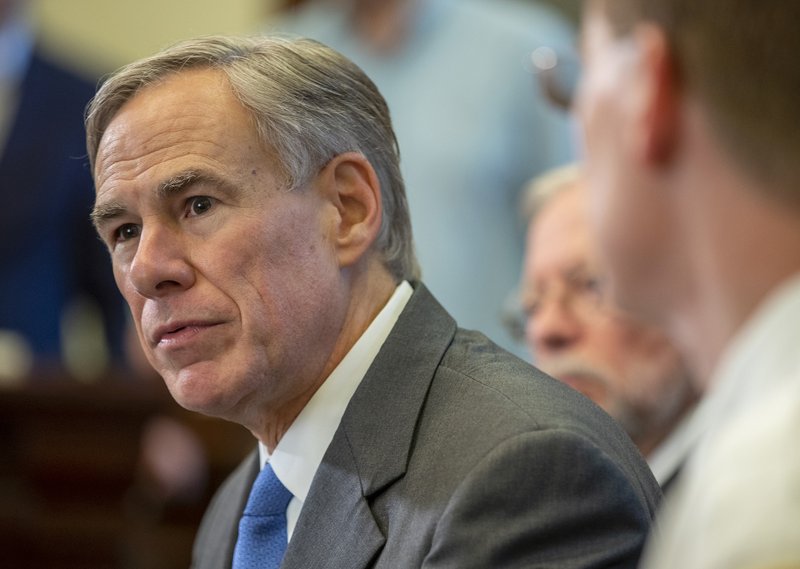 Texas Gov. Greg Abbott says the National Guard could begin monitoring drive-in testing sites on Monday, and the Republican declined at a news conference to follow the lead of other states with a statewide “shelter in place” order.

But Abbott warned Texans that it could be coming if they don’t heed his previous orders on Friday that limited social gatherings to under 10 people, closed schools, bars and gyms and banned dine-in eating at restaurants.

Meanwhile, the top elected official in Dallas County on Sunday issued the strictest order in Texas so far.

Dallas County Judge Clay Jenkins issued an order telling residents to shelter in their homes except for “essential activities.” The order also prohibits gatherings beyond a single household and commands non-essential businesses to cease operation outside of people working from home. It takes effect at 11:59 p.m. Monday and will remain in place until the same time on April 3.

The Texas Department of State Health Services reported 334 people statewide have tested positive for the virus, up from 304 on Saturday, and officials in Dallas said a man in his 80s has become the sixth Texas resident with the disease to die.

The vast majority of people who contract the virus recover within weeks. It causes only mild or moderate symptoms for most people, but it can lead to more severe illness, including pneumonia, especially in older adults and people with preexisting health problems.

Abbott on Sunday also prodded the federal government to do more to help states secure more tests and medical supplies to fight the spreading coronavirus outbreak.

The governor did not dissuade big-city mayors in Dallas, Houston and Austin from issuing a shelter-in-place order if they think that is best. He said local authorities have the power to enforce stricter standards than he has so far, and noted that more than 200 counties haven’t had a reported positive coronavirus test.

Dallas County has the greatest number of cases, with 30, according to the health department. It is followed by Harris County, with 27, and Bexar County, with 24.

Abbott previously told the National Guard to get ready and said Sunday they can help local officials set up medical tents, reboot previously closed hospitals and medical facilities or monitor the traffic at drive-thru testing sites that are sprouting up the state’s major cities.

He said Texas shares the frustration of other states regarding the federal government’s slow response to the coronavirus outbreak.

The governor also urged the federal government to ramp up production of personal protection equipment. He said the state has tried but can’t deliver quickly enough.

“We’ve tried strategies. And the delivery date’s in July. That’s not going to work. We need delivery dates tomorrow. The next day,” Abbott said. “And we have ready money to pay for anybody who can sell (personal protection equipment) to us. We’ll cut you a check on the spot.”

Abbott also announced new measures to free up hospital resources to address the pandemic. He said that he issued executive orders to allow hospitals to treat two patients in a room, rather than one, and directing heath care workers to postpone all “elective or non-essential” medical procedures.