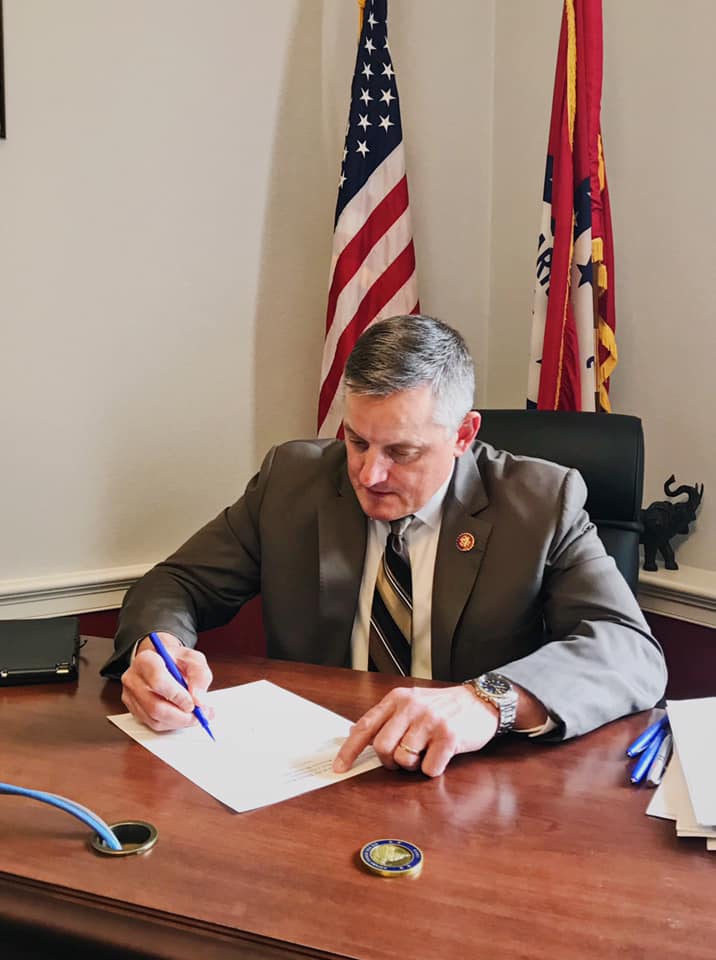 Congressman Bruce Westerman (R-AR) joined a letter led by U.S. Sen. Jim Inhofe (R-OK.) to the Office of Management and Budget and the U.S. Army Corps of Engineers urging them to prioritize and commit additional funding to the McClellan-Kerr Arkansas River Navigation System (MKARNS).

The lawmakers wrote: “The MKARNS, which opened as an official inland waterway system in 1971, originates at the Tulsa Port of Catoosa and runs 445 miles through Oklahoma and Arkansas to the Mississippi River. Inland waterways barge transportation is the safest, most economical, and fuel-efficient way to move our nation's goods for use domestically and for export."

They continued: “Continuing the deepening of the MKARNS would directly benefit the 56,000 jobs for surrounding farmers, manufacturers, and other producers who contribute over $8 billion in sales and nearly $300 million in state and local tax revenue as a result of the system's efficient operation.”