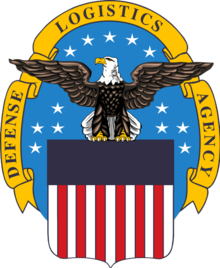 A native of San Juan, Puerto Rico, Huertas enlisted in the Army as a personnel specialist in 1999. After reaching the rank of Sgt. she attended Officer Candidate School at Fort Benning, Georgia. She commissioned as a transportation officer in 2001. After commissioning, Huertas joined the 109th Transportation Company, Mannheim, Germany, where she served as a platoon leader. While there, she deployed with her platoon in support of Operation Iraqi Freedom. Later, she served as a movement control officer with the 1st Transportation Movement Control Agency until assigned to the Headquarters and Headquarters Company as the company executive officer in March 2005.

Huertas deployed to Iraq again in 2006 as part of the 10th Mountain Division, 4th Mobile Transportation Regiment Military Transition Team Infantry Brigade Combat Team where she served as an advisor to the Iraqi Army while embedded with them. Huertas’ next assignment was with U.S. Army Central- Kuwait as a mobility officer responsible for container distribution in Iraq, Afghanistan and Kuwait. In June 2010, she commanded Headquarters and Headquarters Detachment 595th Transportation Terminal Group forward stationed in Kuwait. Subsequently, she held several staff positions to include project manager for the Joint Military Working Dog Quick Reaction Test, Afghanistan. In 2014, she served as the executive officer for the multi component Combat Service Support Battalion, 348 Regiment, 158th Infantry Brigade, Camp Blanding Florida, while simultaneously serving as an observer and controller. After serving as an executive officer, Huertas deployed to U.S. Central Command - Kuwait as the Deputy Future Operation Division and Senior Joint Operational Planning and Execution System analyst. After her deployment to Kuwait, she served as a branch chief in the Army National Guard G4, Temple Army National Guard Readiness Center, Arlington, Virginia, and later was assigned to the Department of the Army G-1 as part of the Talent Management Task Force.