Gas Prices up, and Cyberattacks on Pipelines 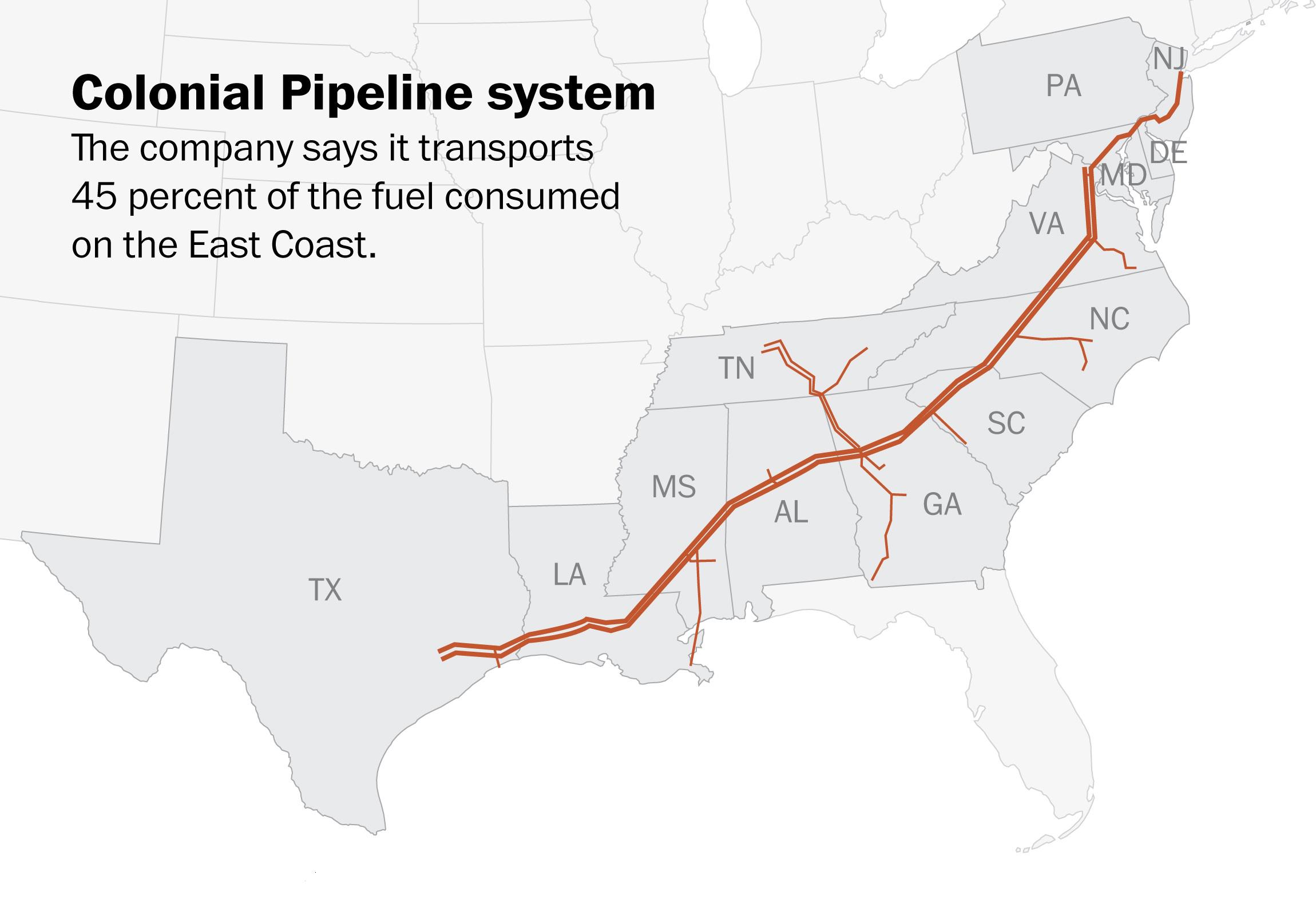 Colonial Pipeline, which funnels refined gasoline and jet fuel from Texas to New York, said in a statement late Friday that it was shuttering 5,500 miles of pipeline in an attempt to contain the breach.

On Saturday, Colonial Pipeline released this statement, "On May 7, the Colonial Pipeline Company learned it was the victim of a cybersecurity attack. We have since determined that this incident involves ransomware. In response, we proactively took certain systems offline to contain the threat, which has temporarily halted all pipeline operations, and affected some of our IT systems. Upon learning of the issue, a leading, third-party cybersecurity firm was engaged, and they have launched an investigation into the nature and scope of this incident, which is ongoing. We have contacted law enforcement and other federal agencies."

The attack has been blamed on a criminal ransomware gang called "Dark Side".

Triple A explained to Rueters over the weekend that drivers should expect to see gas prices increase in the south/southeast (Maryland to Mississippi to Georgia) first. Other experts told the news service that the pipeline shutdown could affect airports in the southeast should it last for more than a few days.

TRIPLE A says the average U.S. price of regular-grade gasoline jumped 4 cents last week, to 2.97 cents a gallon.
Industry analyst Trilby Lundberg of the Lundberg Survey said Sunday that the increase also came as the costs of crude oil and ethanol went up. Ethanol must be blended by refiners into gasoline, per federal rules. For the Ark-La-Tex, gas prices should be between 2.64 and 2.80 cents - with Louisiana the lowest in the country.