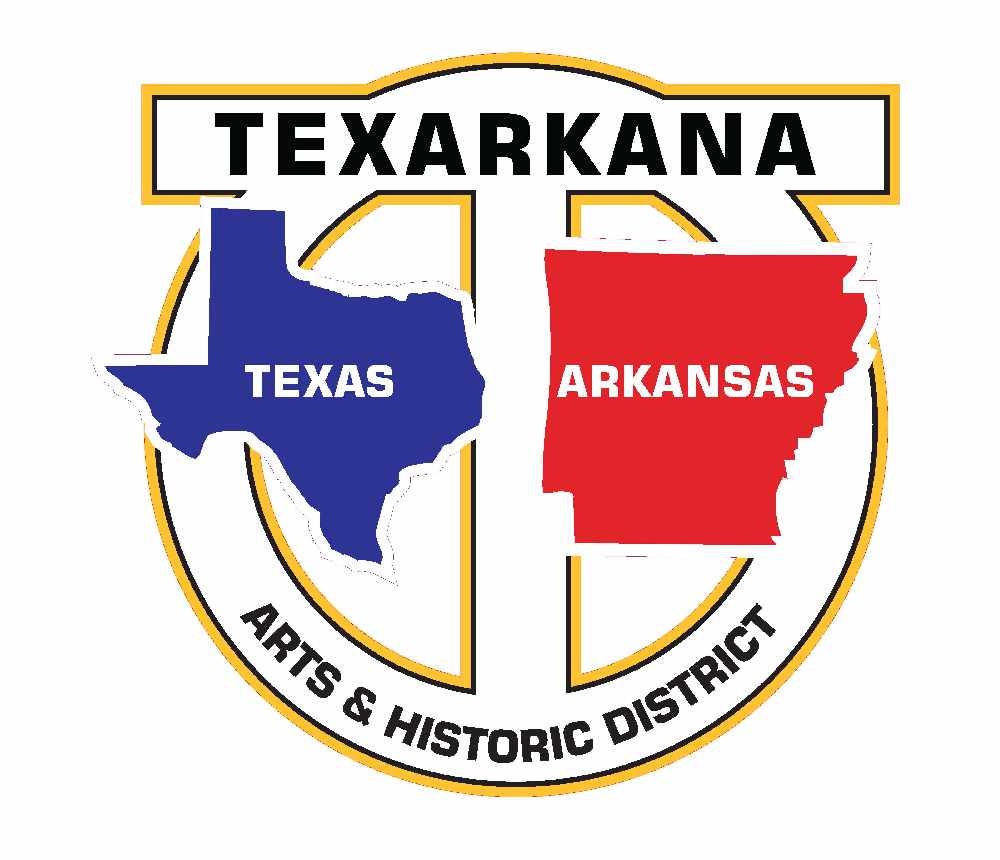 Proposals should be focused on celebrating Texarkana’s State Line Avenue and the joining of two states in the downtown district. Finished pieces will be featured surrounding the U.S. Federal Courthouse & Post Office along with Veterans Memorial Park.

There will be a total of three proposals chosen, and each artist will have the opportunity to work with internationally acclaimed found-object artist, George Tobolowsky. Artists will be reimbursed for up to $500 of material costs. 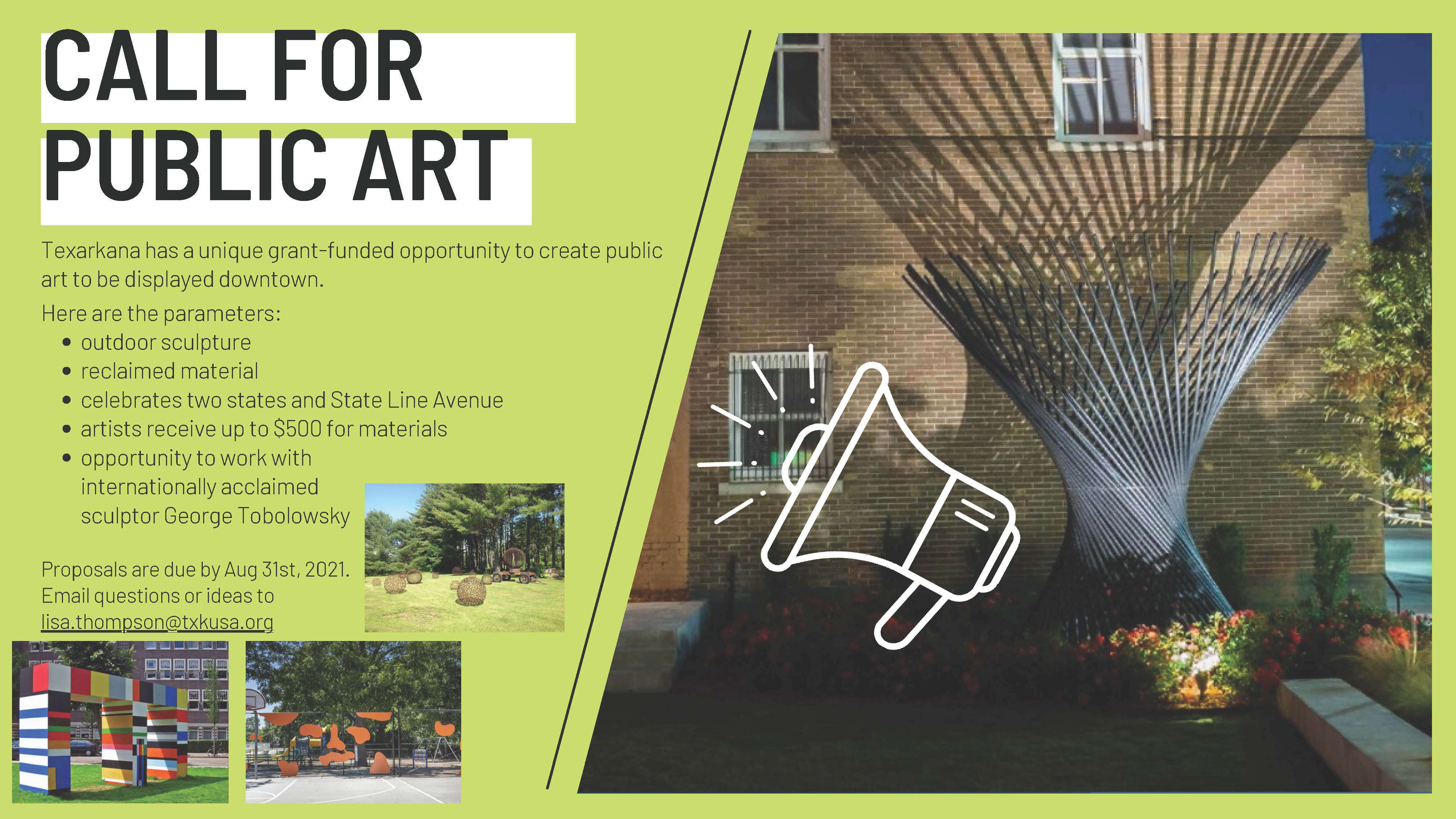 The deadline for submissions is August 31, 2021. Questions and proposals can be sent to

This grant opportunity was provided by the Texas Commission on the Arts as a Cultural District Project. The award was part of a total grant allocated to the Texarkana Arts & Historic District for $56,000 for signage and wayfinding improvements in the cultural district.